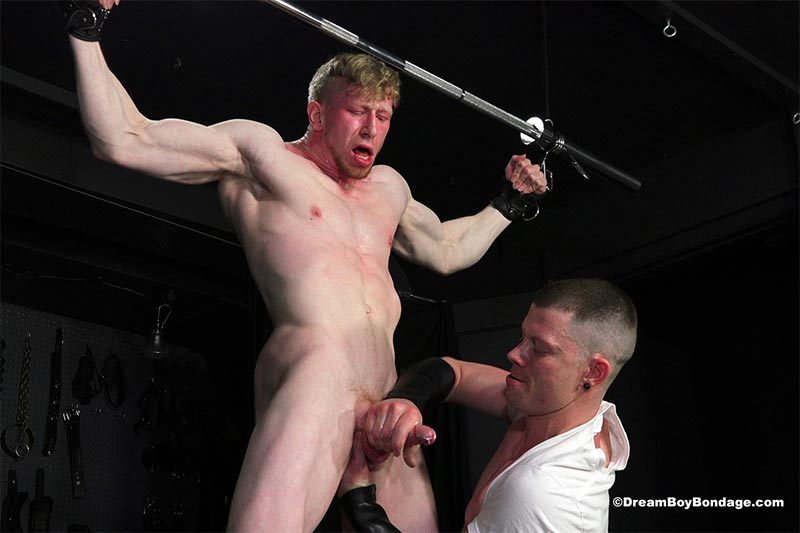 Description:
Young athlete Jesse Stone is spread-eagled, up on his toes, in the torture chamber. After brutally whipping the naked 22-year-old, professional sadist Axel Johnson sits back and watches the boy’s muscular body writhe in pain. He works Jesse’s cock, stroking and licking it, swallowing it whole, then whips out his own cock, throbbing and rock-hard. Jesse was prepared to be tortured but not for the utter humiliation of being used this way by another man with total power over him. “Oh fuck!” he screams, his face bright red and sweating, his abs convulsing, as his cock spews a huge load of cum – and remains erect as Axel continues to stroke it. Jesse is then lowered to his knees and forced to inhale Axel’s raging hard-on.