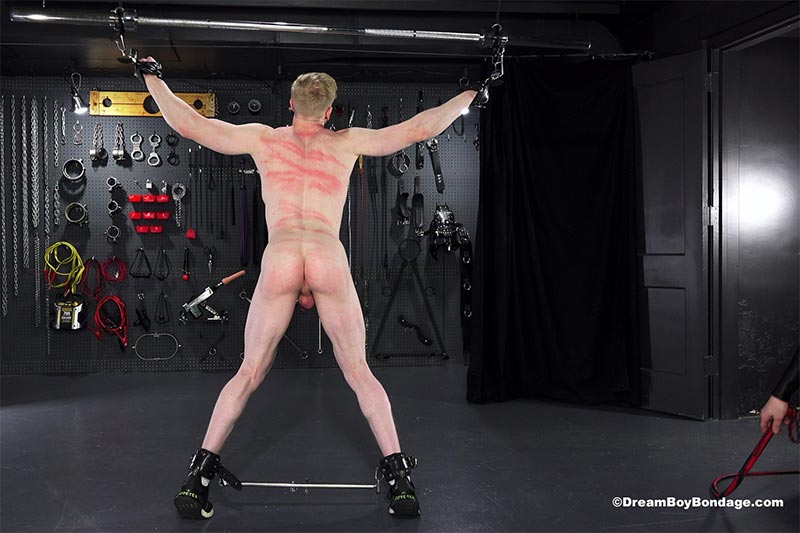 Description:
Jesse Stone is in a state of shock. Earlier today he was arrested, found guilty after a 15-minute trial and sentenced to torture. Now he is cuffed against a steel bar. A young guard punches him in the abs, knocking the air out of him. The guard not only hurts him but treats him like a sex object, fondling his body then removing his briefs, spreading is ass cheeks and spitting on his hole while stroking his cock, getting him hard. Jesse is terrified. His mind races: “This guy is not just a sadist; he wants to fuck me! Shit, he is going to fuck me!” the naked, young athlete thinks as he is repositioned on the bar, his wrists attached to either end. The bar rises, stretching him. His nearly hairless body is totally vulnerable. Then he is brutally whipped from his shoulders to his thighs.