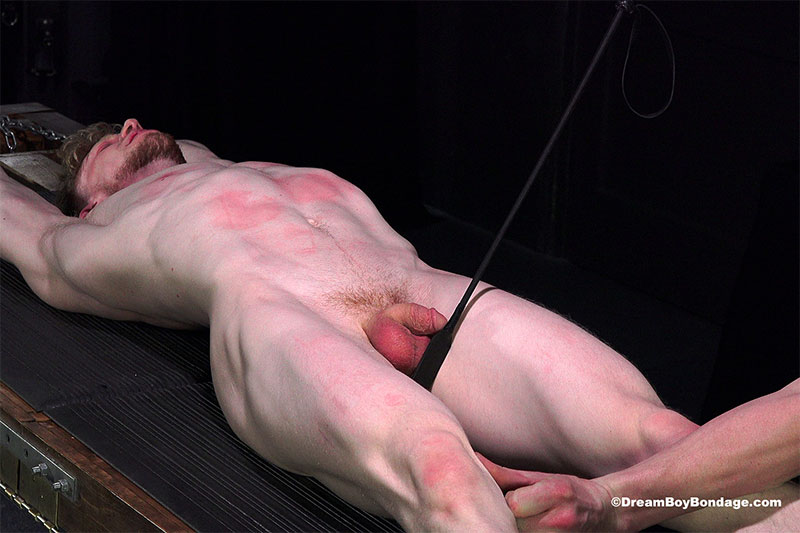 Description:
When college athlete Jesse Stone was arrested he was a confident, charismatic young man whose good looks and strong voice attracted other students to him as he spoke out against the regime. Now he is a terrified, tortured prisoner crying out in pain, his naked body spread on a rack as he is mercilessly whipped, then stretched. He is a broken, beautiful boy begging for mercy, but none is shown. His muscular physique, once a source of his strength and pride, is now nothing but a sexual turn-on for the state-sponsored sadist torturing him. As video of his ordeal goes public, every young man will know that if he speaks-out he could be seized by the state, stripped naked, brutally tortured and used sexually. Jesse was a hero. Now he is a piece of meat.