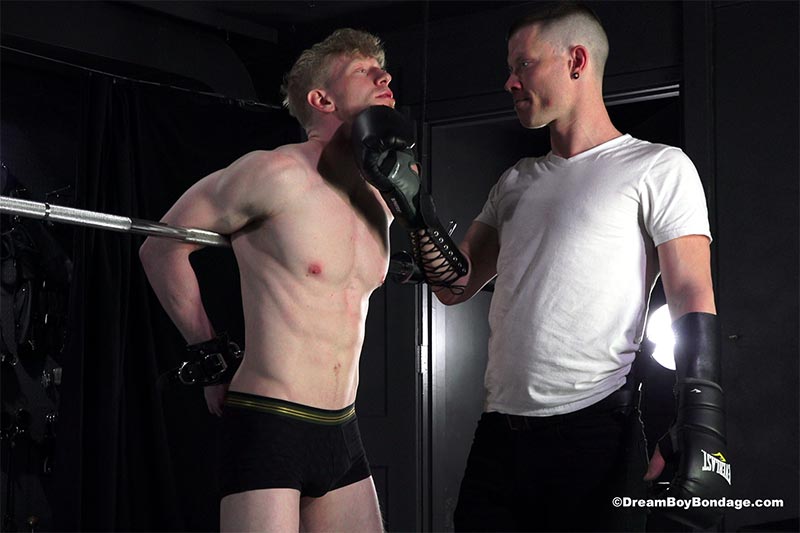 Description:
In the not-too-distant future speaking out against the government can be very dangerous, especially if you are a healthy, young man. Jesse Stone is a 22-year-old college student, handsome and well-built, with a natural charisma that draws other students to him. After speaking out on campus – we are not sure about what – he is arrested for “committing a treasonous libel against the state” and sentence to “extreme physical punishment.” Now he is handcuffed in a small cage, still dressed in the skinny jeans and tight shirt he was wearing when arrested. Under the law, he must be told every torture he will endure: flogging, whipping, electric shock to his genitals, anal penetration, crucifixion and racking. His tormentor is professional sadist Axel Johnson, who has some additional fun planned for this extraordinarily beautiful boy.