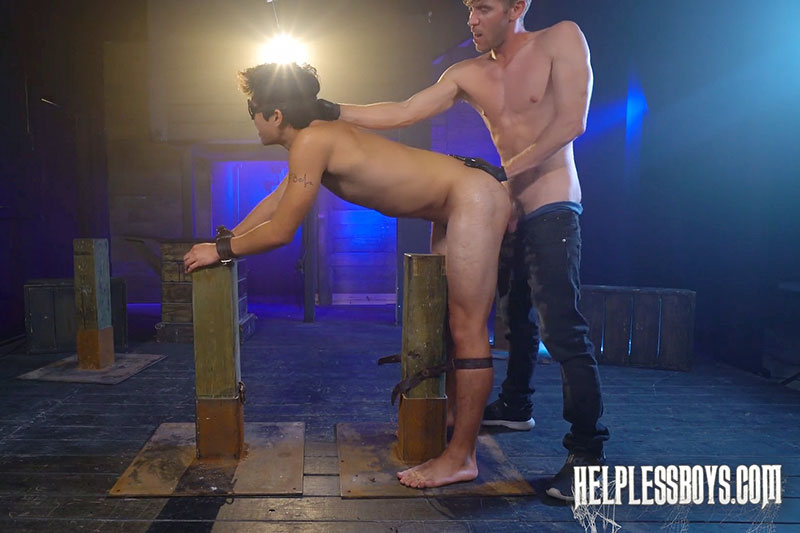 Description:
Cute young college boy Jason Wolf has been abandoned in the woods by the fraternity he’s pleading to. It looks like he’s outta luck until he spots a white van approaching. He manages to convince the driver, Todd, to give him a lift. When the hazed hottie later reveals that he can’t repay Todd he’s given a harsh dose of reality. Nothing is free and if you want a ride the price is sexual submission. The desperate wannabe frat-bro is soon tied up and gagging on BWC. Todd brutally fucks his little brown ass in the van and back at the dungeon. After a lot of BDSM he continues pounding him then dumps a huge load on his face.