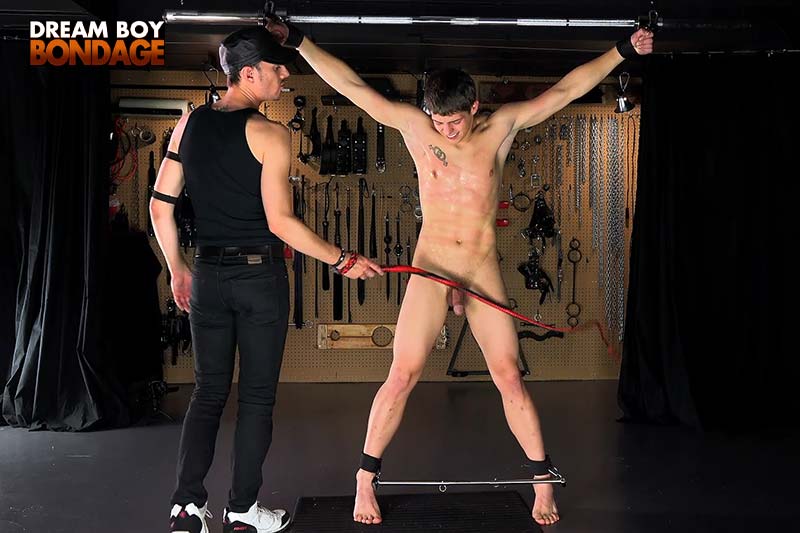 Description:
College boy Jacob has been standing naked in the dungeon for an hour, his chest, stomach, back and ass covered with nasty lashes, his cum drying on the rubber mat under him. Suddenly, he feels himself being lifted by the steel bar he’s strapped to, until he’s high up on his tiptoes. His torturer reappears with the whip – and a bottle of alcohol —first spraying his old wounds then whipping him some more, over and over. The torture never ends – it just gets worst. In between lashes, the guard treats him like a sex object, twisting his large nipples, stroking his creamy skin and fondling his young cock. He’s left in that painful position, his skin on fire from the whip, his body fully stretched, for hours. Finally, he’s lowered to his knees – and forced to take Anthony Martin’s huge, encouraged cock down his throat. He used to fantasize about such a massive cock. Now he will choke on it.