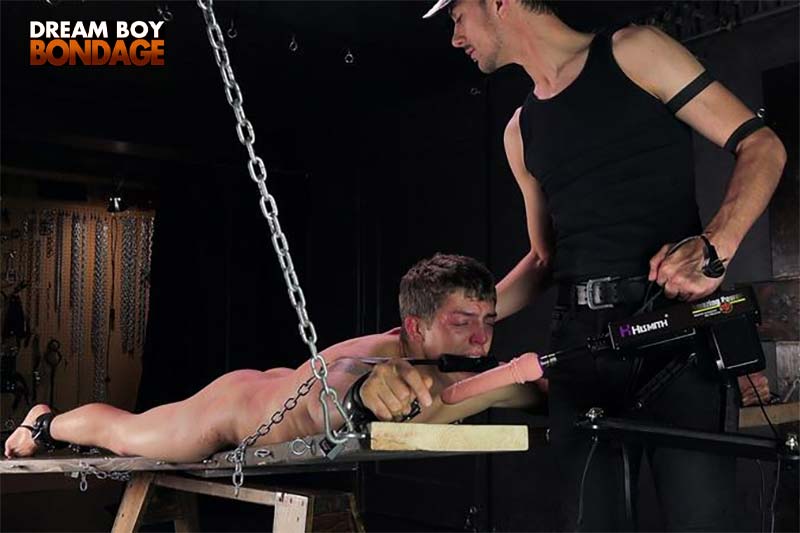 Description:
At this point, anything Anthony Martin does to Jacob Wolf is “extra-legal.” It would be illegal if the future United States were not a theocracy, where young gay men are seen as tools of Satan, beyond the protection of the law. Anthony knows he can do whatever he wants to the beautiful, naked, gay-boy under his control. He is enthralled by Jacob’s well-built body, youthful good looks, flawless skin and, above all, his round ass. He loves seeing the boy in pain. His tearful moans and muffled screams, the way his body flexes and trembles under the whip, are bliss. Martin beats the soles of Jacob’s feet, sending him into spasm of pain. Then, he flogs his back and ass, taking his time before smacking the fresh whip-wounds with a crop and pricking them with a razor-sharp pinwheel. Jacob weeps and begs for mercy but, instead, is shown the fuck machine, which will now deeply violate his asshole, once again.