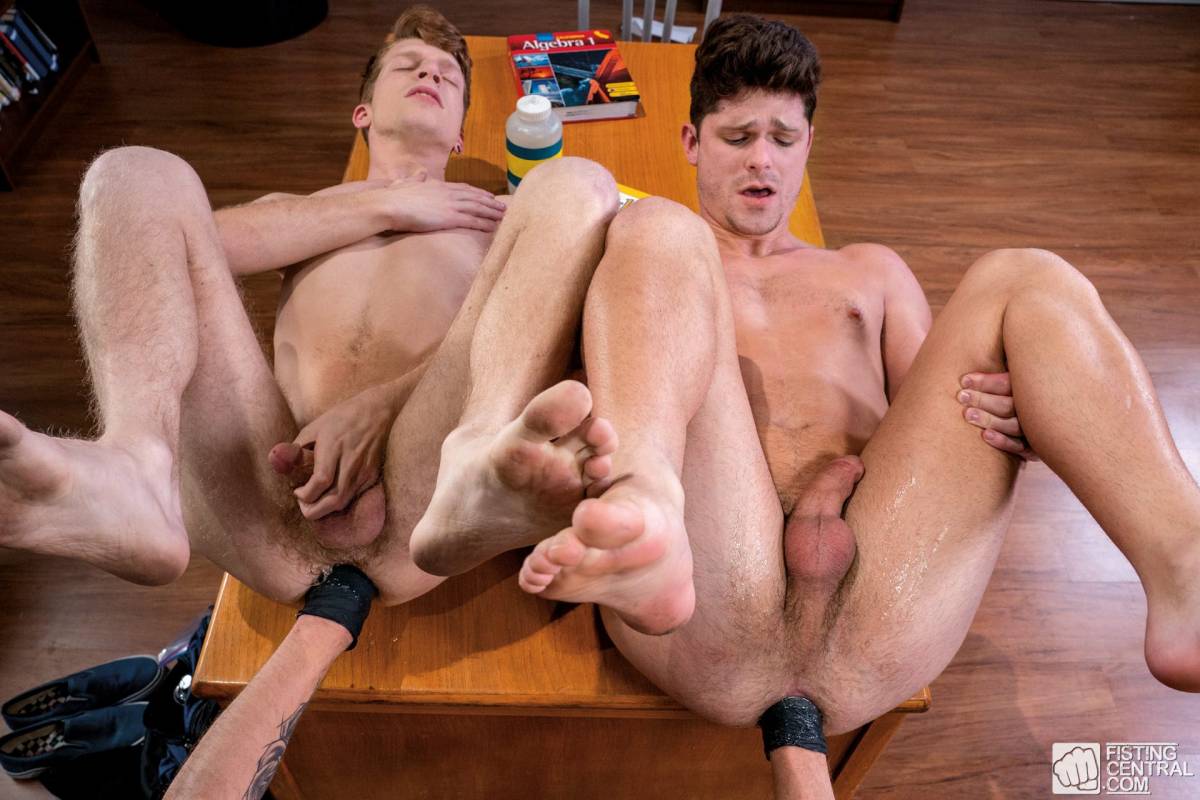 Classmates Jace Eros and Devin Franco are trying to study in the school library, but Drew Dixon is being a distraction. After throwing paper at them and keeping them from their school work, Drew walks over to their table with his hard, uncut cock sticking out of his jeans. Devin is the first to take the bait and gets to work sucking Drew’s fat fuck stick. Jace is close behind when he joins in on the fun and the two hunks take turns getting Drew’s meat slid down their throats. Drew is eager for a lot more than a sopping wet hummer when he bends the students over and pulls down their pants to eat their perfect asses. He licks both of their butts to get them opened up before he slams his cock deep into Devin’s crack. He bangs the eager stud balls deep before he moves onto Jace’s tight ass next. Drew’s giant, hairy cock fills Jace to the brim but Drew knows he can stretch them even further. Gearing up with gloves, Drew dips in some lube and bends Jace and Devin over again to slip a fist in each of the horny studs. He continues the fisting assault on their gaping assholes until Devin blasts a creamy load all over his stomach. The sight of Devin climaxing makes Jace blow his own load when Drew pulls his fists out of their asses and declares that he’s ready for round two.