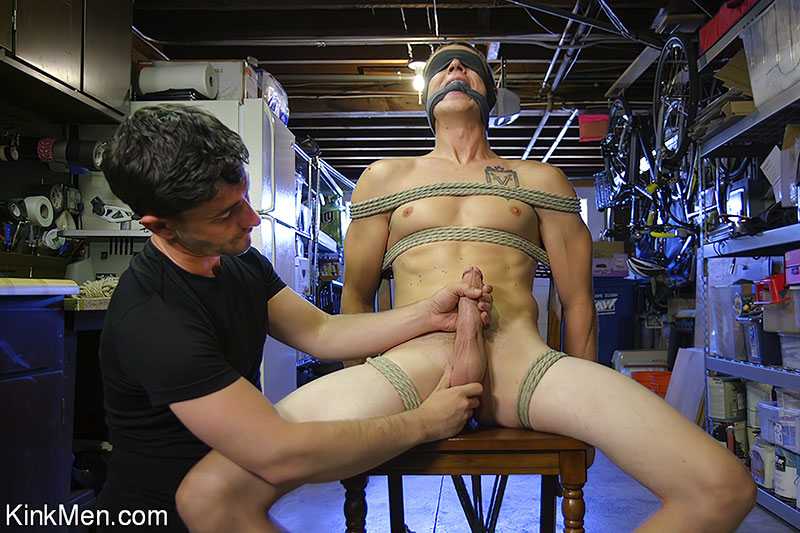 Description:
Van and Jackson. They prowl quietly around his house, spying on the hottie as he works out and showers. When Zane enters the basement, his captors spring their trap. Zane tries to fight them off while they bind him to a chair and strip him down.

The feeling of two men all over his body gives Zane a raging hardon. Jackson peels back Zane’s underwear and wastes no time worshipping his beautiful dick. Zane moans with nipple suckers on his chest while Jackson sucks him to the edge over and over. Meanwhile, Van fashions an edging masterpiece from an air compressor and a fleshjack. The suction from Van’s invention drives Zane crazy, almost exploding as it goes full blast.