Skip to content
His Cock & Balls Take So Much – Part 1 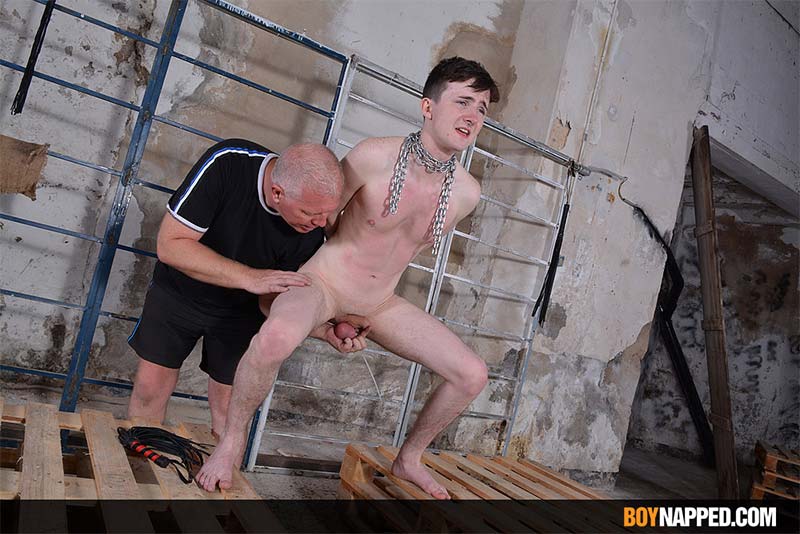 Description:
Young Alex is a studious young man, he takes information well and is quick to learn, but this perhaps isn’t the kind of lesson the young twink was expecting. He’s soon standing over two piles of pallets, his arms bound and his hood removed, and although the flogger is painful enough that’s the least of his worries. As his cries ring out and his flesh turns from pink to red with the slaps of the flogger Master is merely preparing him for more discomfort. The chains soon attached to his tender balls tug and pull them, the pain of the flogger almost fading into the background as he’s made to squat with more weight being added. He’s experienced that aching pain before of course, but it was never like this. He’s relieved when it’s over, but we all know there’s more to come. Stick around for part two!