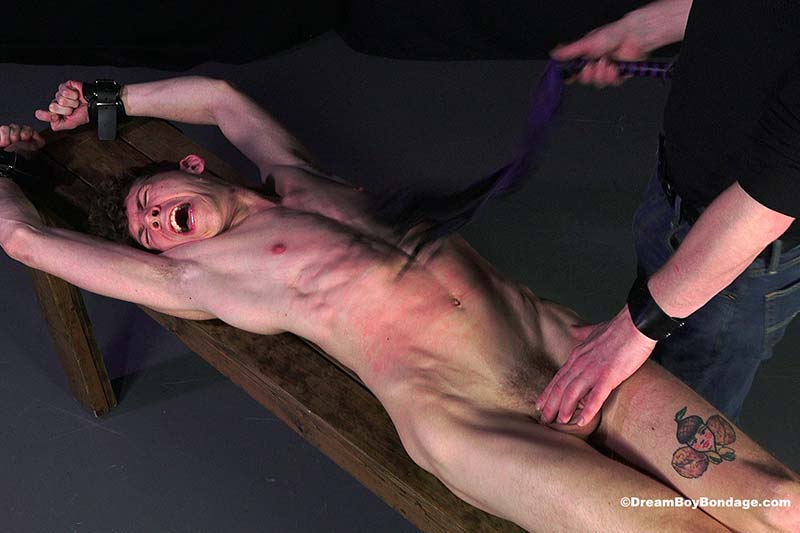 Description:
Grey Gold now realizes that being stripped and smacked with a riding crop was a not singular event or a brief punishment, like the spankings he got as a child. It was just a prelude. He is now stretched on his back, naked and chained to a wooden bench, his stomach sucked in and abs flexing as he struggles against his binds. Axel slowly caresses his slave’s body, appreciating its smoothness. It is the body of an adult teenager – lean, but well-built – hairless, but for a small bush of pubes. Suddenly, the man grabs Grey by the balls and squeezes hard. Then, he pulls out a nasty flogger and whips his chest, stomach and thighs. “I’m sorry! I won’t do it again!” Grey pleads, but the man just whips him harder, pausing only to zap him with the taser. “You will be sorry!” The man responds. He means it, and he’s going to enjoy every second of breaking the new boy in.