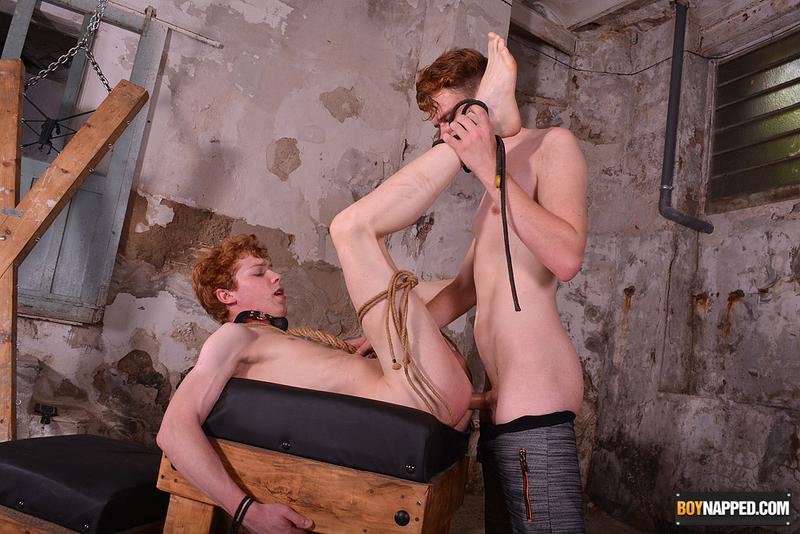 Adorable little Avery is still stinging after the serious butt spanking he just took from kinky Leo in part one of our 4K video trio, but his rump isn’t going to catch a break just yet! The boy is released from his restraints, only to be flipped and secured once again in the perfect position for his hole to be stuffed! With some thicker ropes applied to keep the boys legs up Leo claims the little twink’s tight hole, licking him out and sliding his big cock into him, fucking him hard and mean. The temptation to punish those bare feet can’t be ignored, the thwacks of the cane causing agony. Finally able to finish himself off if not his captive, Leo slides back in to fuck that sweet hole some more before pulling out and wanking his meat, sending his messy seed splashing out all over Avery’s cock and balls! It’s not over yet, with candles burning behind them and the boy’s sticky body repositioned, we know where part three might lead!