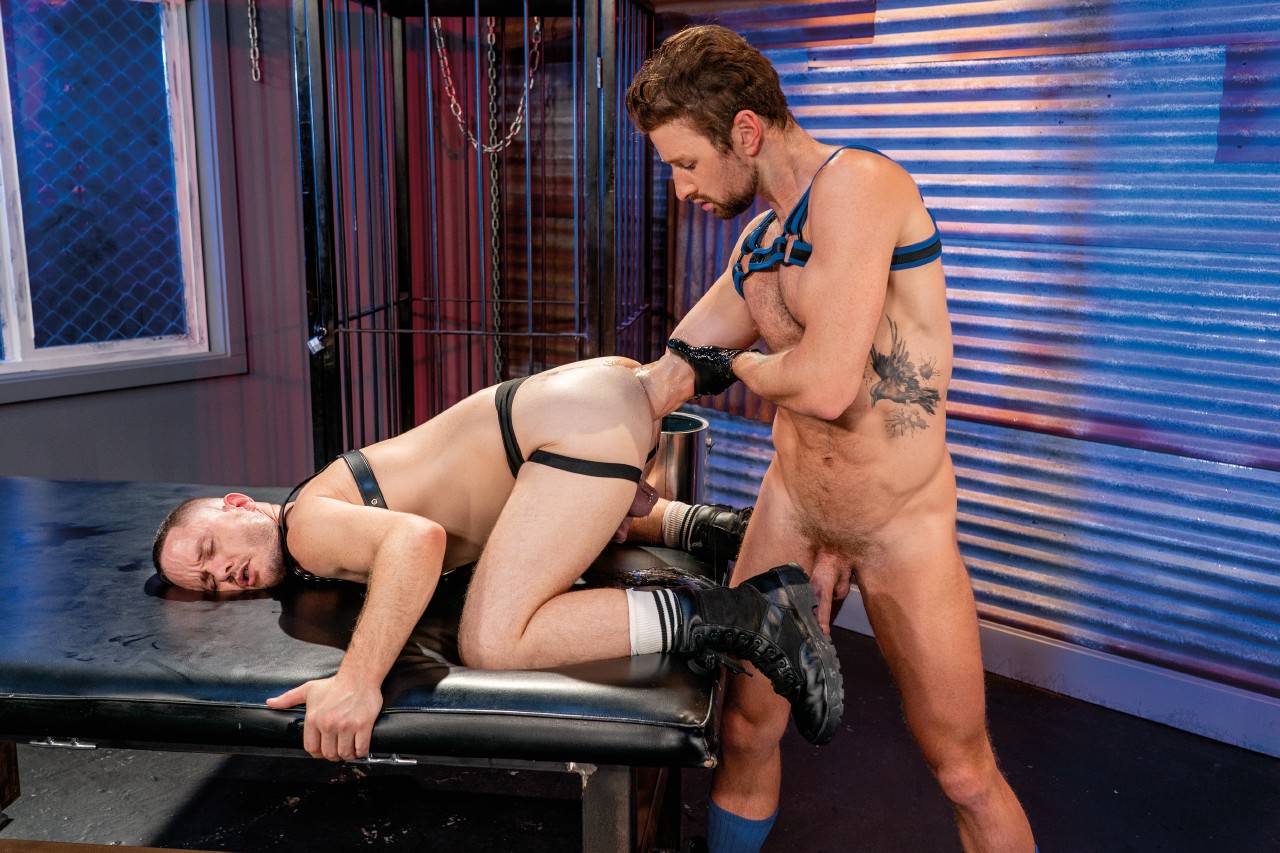 Description:
Ashley Ryder’s gets his turn to have all of the attention at the ‘Fisting Spa’. Laying back with his mouth open, Drew Dixon positions himself just right to shoves his hard meat down Ashley’s mouth, feverishly fucking his face. When Drew is done with pounding Ashley’s face, he rolls him over on all fours and drills his tongue in deep to Ashley’s eager butt. Starting with long, deep licks, Drew gradually works his way up to fitting a few fingers in Ashley’s hole. Ashley tells Drew, ‘fuck me, I want your dick’. Drew happily obliges and pile-drives Ashley’s hole with his cock. When Ashley wants his crack gaped even further, Drew gloves up and works his hand into Ashley’s ass, going up to his forearm. Drew knows Ashley can handle so much more, so he puts Ashley on his back and keeps fist fucking his puppet’s widened hole until a bright red rosebud pops out. Back at it and up to his elbow inside Ashley, Drew gives his bottom permission to cum so Ashley’s keeps beating his meat until a thick creamy load, erupts from the tip of his throbbing cock. Even after Ashley has blown his load, Drew keeps his fist planted deep inside Ashley elbow deep, until he decides when it’s time to slide out.