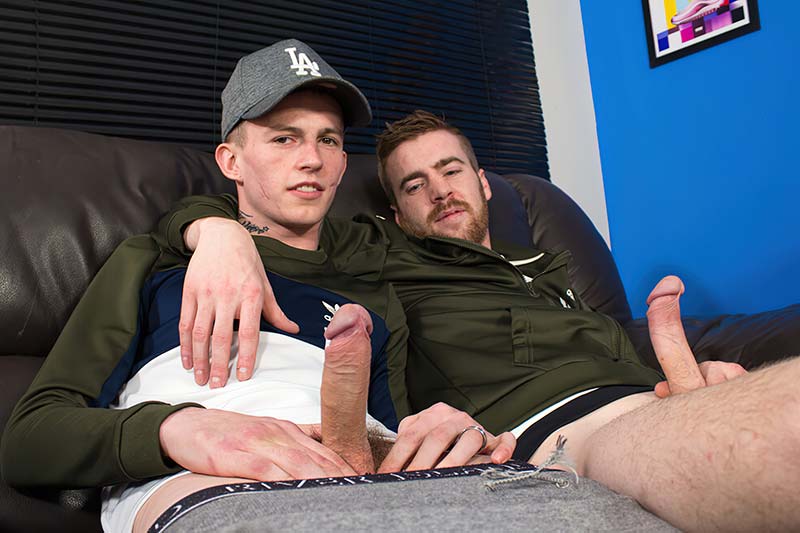 Description:
Mates Lockey and Jimbob are chilling out, having a drink, a smoke and a session on the PS4. Messing about they joke that the loser has to massage the other ones feet. Oh no! What a terrible deal! ‘wink’ Turns out, hard lad Jimbob loses and offers his hands for the massage. He takes off Lockeys horny TN’s to expose a sweaty black socked foot. He goes straight in for a sniff and it’s not long before they’re both under each others warm and damp sweaty socks, having a sniff and lick. The lads hard, meaty cocks come out, and it’s straight to work for Lockey, who has never sucked a cock before! Real, raw scally lads! Straight scally boy Lockey is horned up after his mate Jimbob lets him suck his big juicy cock. He turns round to show off his virgin bubble butt, which is screaming to have a cock rammed into it! Jimbob takes no time in going down, eating the sweet hole and feeding it his meaty cock. Pouring beer on the lads arse, Jimbob licks and sucks it off, making the lads hole wet and ready to take a big cock. He goes in bare, not giving a fuck about it being the lads first time! Lockey groans as he gets his hole filled with cock and wanks his cock furiously until he shoots a big load of cum all over himself. Jimbob isn’t far behind, letting his load out all over Lockeys smelly TNs!