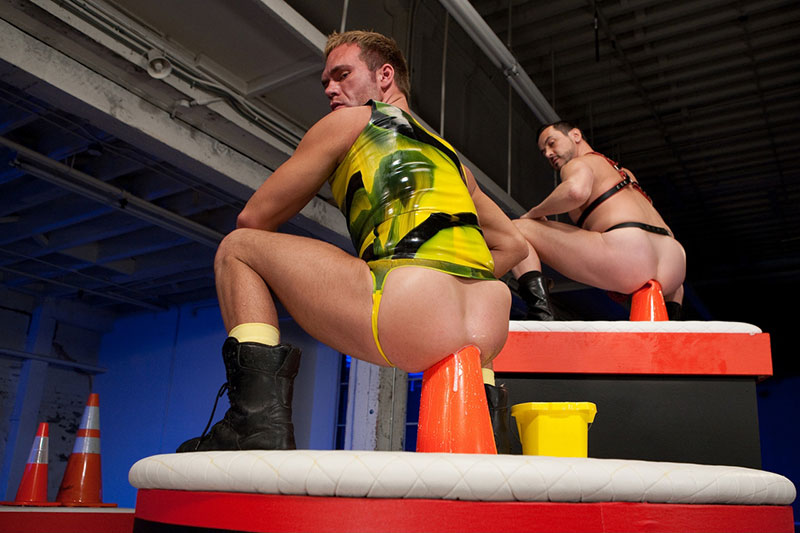 Description:
Get ready for a competition unlike any other you’ve ever seen before when ass-play champions Evan Matthews and Trent Bloom Take The Plunge. The object of the game: see who can sit down farther on a full-size traffic cone. Both men lube up their holes, squat over the cones, and take one-third of their cones with no problem. Trent pushes a bit harder and swallows half his cone. Not to be outdone Evan does the same. After applying more lube to his greedy rosebud, Trent sits down and more than two-thirds of the cone disappears up his ass – we have a winner! Trent claims his prize: Evan’s hungry hole. He shoves his fist up Evan’s ass to the elbow and massages his guts until Evan pops his legendary rosebud. Trent punch-fucks his buddy’s cavernous hole like a fiend then switches places with Evan. Trent wants both of Evan’s fists up his ass. Evan shoves both fists deep inside Trent’s hole and power-fucks him until the greedy pig-bottom can’t take any more.