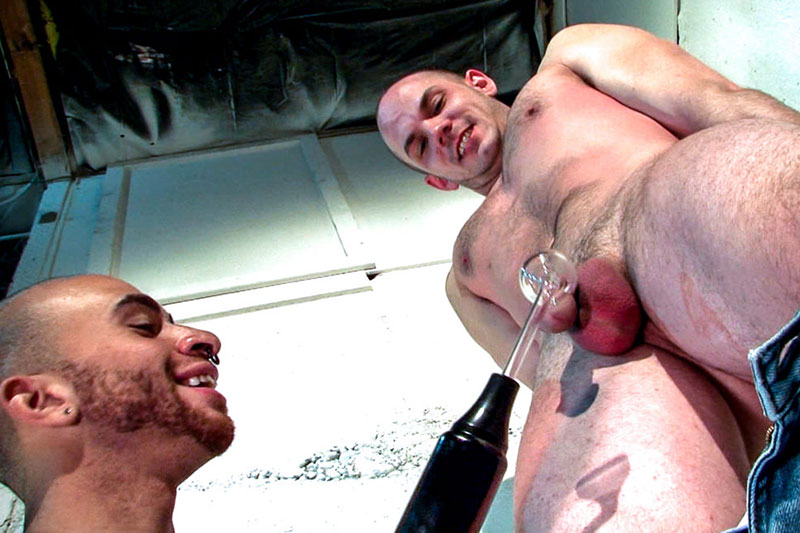 Description:
Element Eclipse’s maniacally charming laugh bellows throughout the course of an intense electro play scene with a submissive Kurt Andrews. The juxtaposition of Element’s laughter and Kurt’s whimpering work in unison to create an atmosphere of heightened arousal. Element looms in front of Kurt’s bound body and begins a game of playful suffering with his ultra violet wand, taunting the poor boy as he wallows in exquisite pain. After sucking on each other’s throbbing tools, Element bends Andrews’ over and introduces him to his electrical stick. The charged wand reels, overpowers and eventually burrows into Kurt’s ass, taint and threshold. At the height of Kurt’s rush of pain, Element switches from the jolts of the want to his energized, massive cock and he proceeds to pound Kurt violently in an effort to get a hot load out of Kurt, which he shoots onto his chest with Element’s following shortly after.