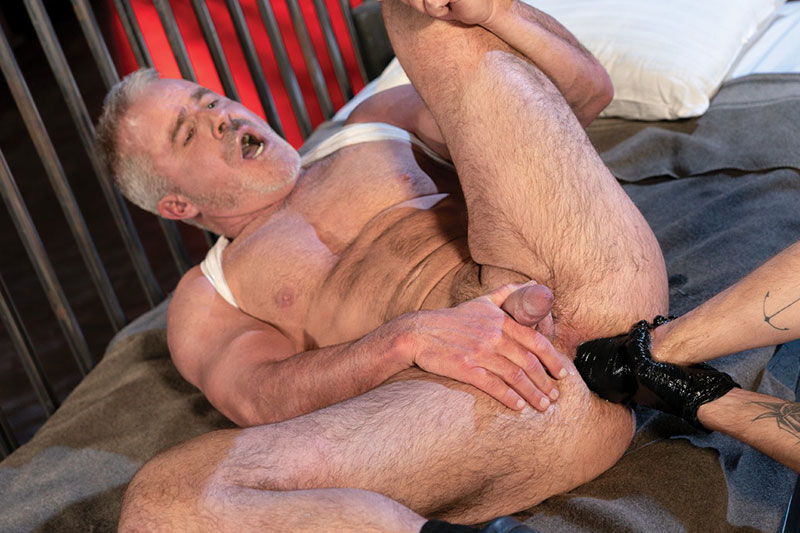 Description:
When Warden Dale Savage ends up in prison as an inmate, he gets thrown into Drew Dixon’s cell and realizes he’s no longer in power. It’s time for inmate Dixon to get his revenge for all the times the warden exacted his authority. Drew starts by pulling out his uncut cock and to face-fuck the warden. Drew wants his new cellmate to feel what he’s felt all this time and bends the former authority figure over so Drew can savor his ass. After Drew gets Dale’s hole nice and warmed up, he pulls out a night stick and gives the ex-warden a taste of his own medicine. After cracking open Dale’s ass with the stick, Drew lubes up his hands and shoves a fist up Dale’s open asshole. Drew loves every second of his revenge and double fists Dale’s hole, alternating arms and getting his gloved hands wrist-deep inside his former nemesis. Drew is relentless in his destruction of Dale’s ass and doesn’t stop until Dale pumps a load from his hard cock, leaving himself a sticky mess with Drew’s fist still clenched inside his pulsing hole.