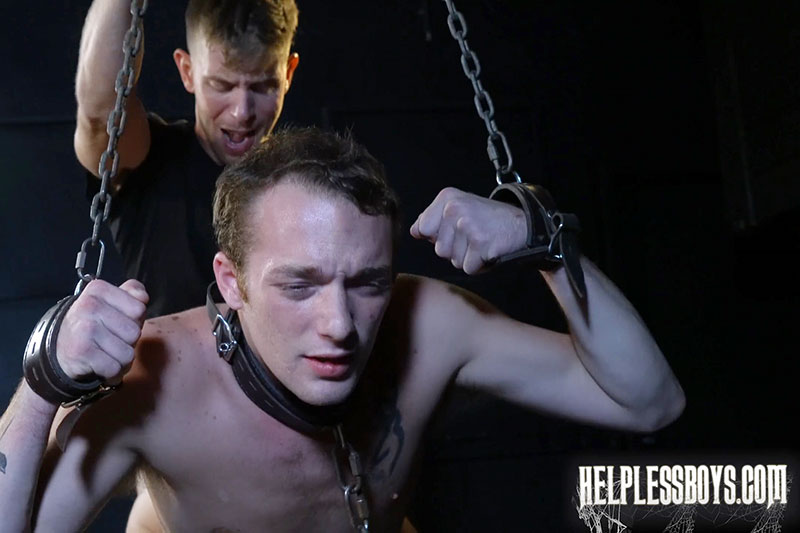 Description:
Frustrated and abandoned by his friends, hunky Derek Reed is wandering around out in the middle of nowhere. Suddenly a white appears a little ways off. He waves down the driver, Todd, and convinces him to give him a ride. A few minutes into the ride he reveals that he’s got no way to pay for gas. Todd isn’t the charitable type so he gives him a choice, sexually submit or walk home. Derek submits and is deep-throating Todd’s big whit cock in no time. Later Todd ties hum up and takes him to his dungeon for some intense BDSM-action. Poor naive Derek gets humiliated and has his tight ass pounded hard in several positions until Todd blasts him with a massive facial cumshot.