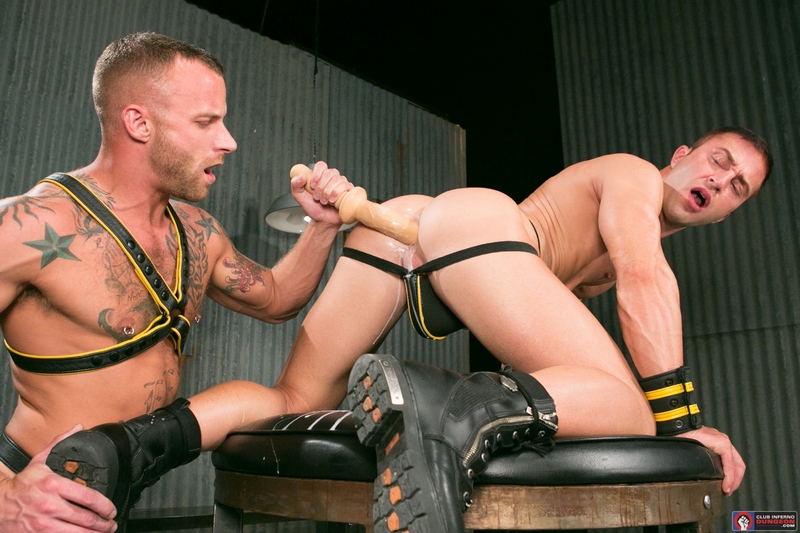 JR Bronson gets on all fours in a sex club and fingers his ass, begging for someone to come out of the shadows to work his hole. Derek Parker hears JR’s plea and shows up with a bucket of lube and sex toys. He instantly shoves a foot-long fake cock in JR’s perfect round bubble butt, nearly to the base. It’s clear that JR loves to have his hole plowed. The muscular bottom screams for more so Derek power-fucks his ass with the fat dildo then selects an even fatter weapon to stretch his manhole. Derek pounds JR’s ass relentlessly until he’s satiated, for now.