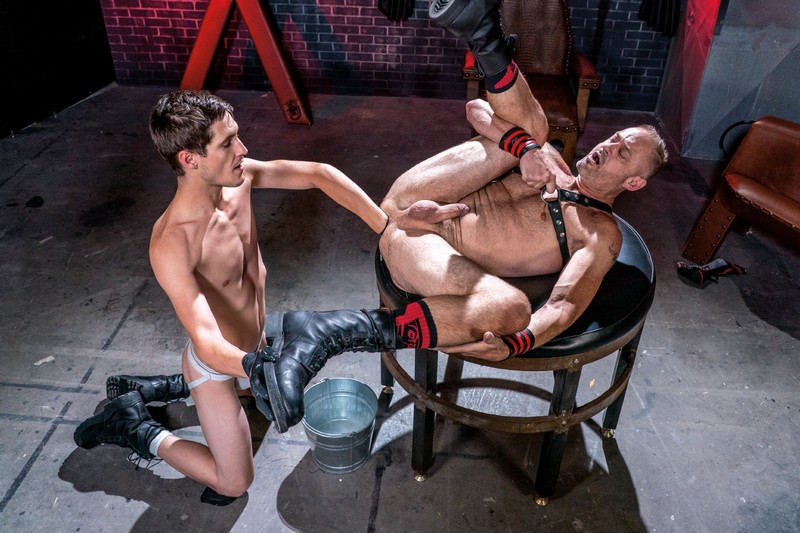 D Arclyte meets Tony Orlando down in the basement of the building and greets him in a nothing but a jock. Tony says he can’t handle anymore but this time it’s all about taking care of D. Without hesitation, D bends over and tells Tony to plant his tongue right into his crack. Tony does as he’s told and goes to town on D’s ass making sure his rent debt is repaid properly. After D’s hole is lubed with spit, he tells Tony to glove up and shove his fist in. Again, Tony does as he’s told and eases his fist into D’s hungry hole. D coaches his tenant exactly how he wants his hole fist-fucked. Switching it up, D gets down on his back so Tony can work both fists in and out of D’s eager ass. When D’s decided he’s done having his hole busted, he stands up to feed Tony his load, shooting it straight into his open mouth. When D is done with his tenant, he shoves Tony’s head into the bucket of lube and leaves him there.