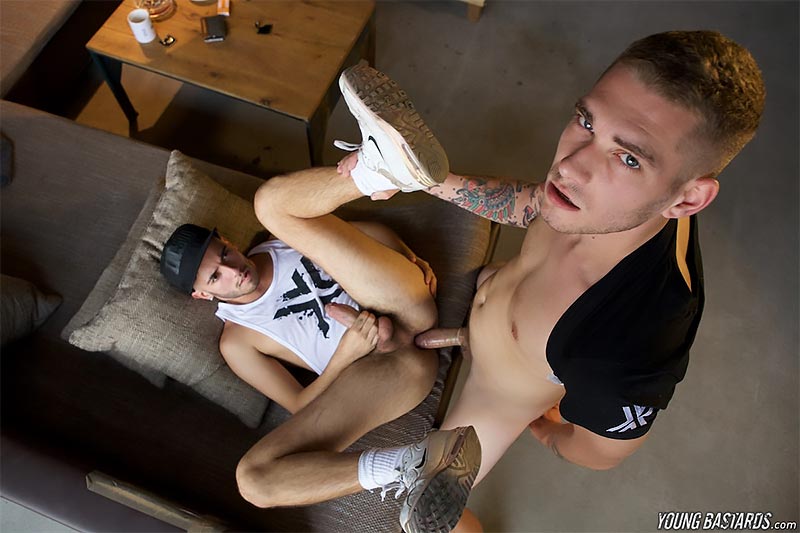 Description:
Master Aaron is the kind of lad all the other guys in the gang don’t argue with, he be a mean fucker if they try to deny him his right to use their holes. David knows it all too well, so when the chav lad comes looking for a mouth to feed and a man hole to fuck he’s immediately obedient. He starts out licking his sneakers, he knows Aaron likes to see his guys being little bitches like that, but soon enough his 7-unch uncut fickstick is out of his sweats and sliding into David’s greedy mouth. After sitting back and letting David do all the work on his leaking tool he turns his attention to his mates ass, spitting between his cheeks and fingering his fuckhole. He only needs a little spit in there to make it easy to fill, he doesn’t give a fuck whether David needs lube or not. He slides in, his balls slapping while he rams his mate and uses his fleshy chute, it’s better than any of the toys he’s got and definitely hotter than his hand. Taking his slave from behind he gets his load worked up, a good fucking messy one, pumping out of his cock and drenching David’s mouth with cream. As soon as he tastes his master’s load he’s ready to squirt his own cum up himself.