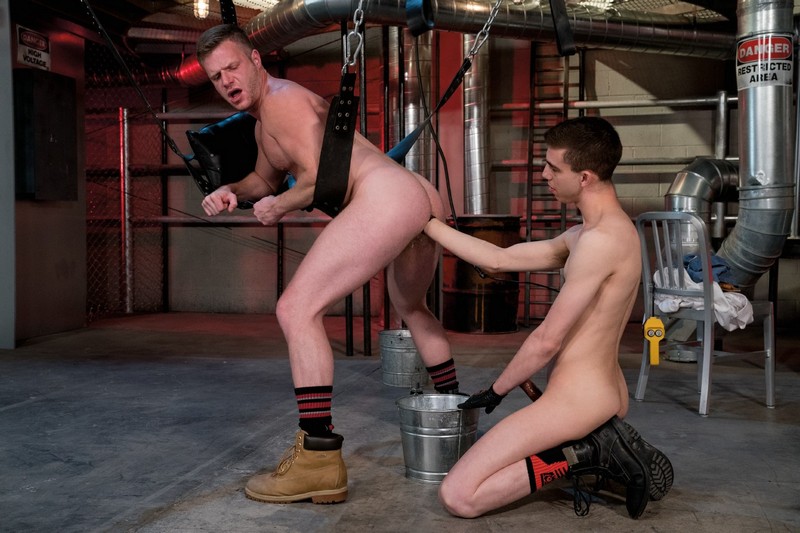 Brian Bonds is jealous that James Oakleigh got a promotion and when James admits that all he did was ‘fuck the right people’, James shows Brian exactly how it’s done. Now Brian is working for his own promotion as he does his best to please James. To start, Brian gets on his knees to take James’ big uncut cock clear down his throat. After getting James nice and hard, Brian bends over to let James lick his ass. When James sees that Brian is eager for more, he slides his throbbing pole deep into Brian to fuck him hard. Brian is always seeking something a little bigger, so James shoves his fist deep into the stud, getting wrist deep as Brian moans out for more. James picks up the pace with his closed fist and sucks Brian off at the same time. Brian can’t get enough of James’ talent and after all the fisting, fucking and sucking, he’s ready to blast a load. Brian calls out for James to go harder, just as his cock erupts with a giant fountain of jizz. His balls are spent, and his hole is busted, but at least he’s in line for a promotion!