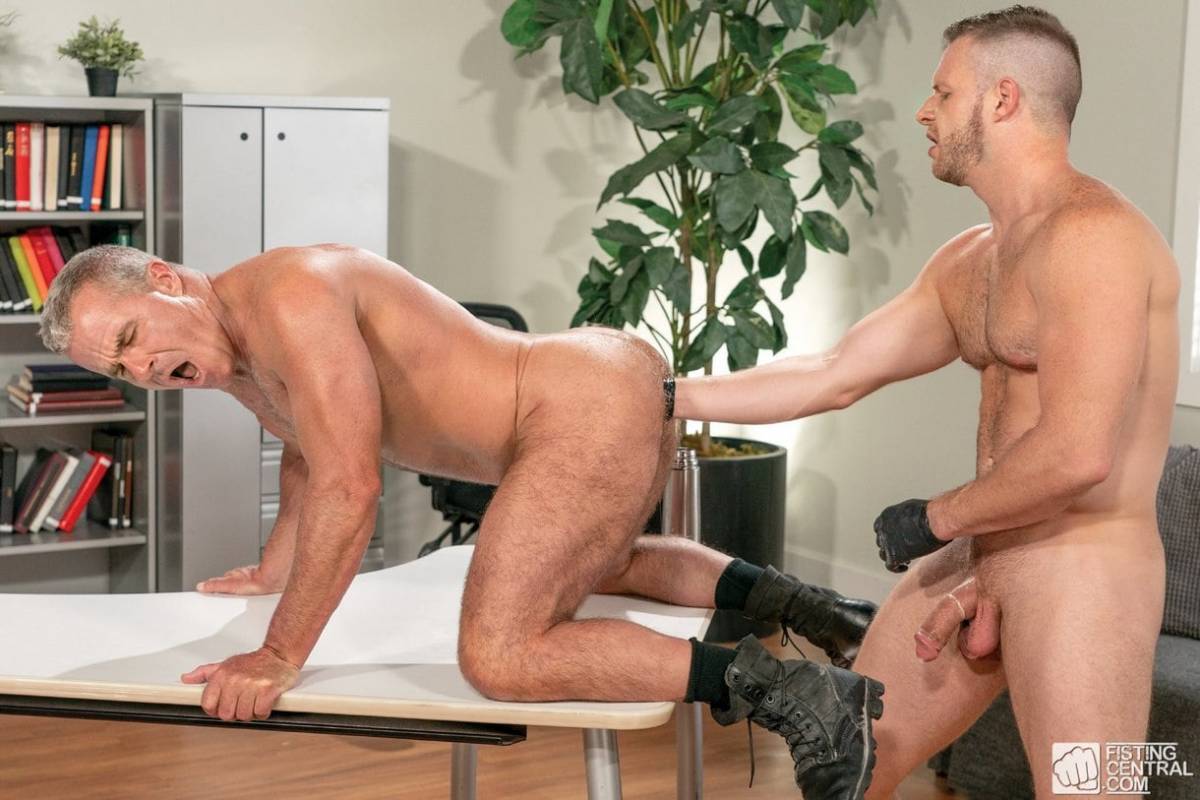 Brian Bonds is walking through the office with a raging boner when he finds his boss, Dale Savage, waiting for him naked on his desk. It’s Brian’s turn to take care of his boss so Dale bends over to take the hung stud’s big dick up his ass. Brian pounds away as Dale grunts and groans with each thrust from his employee. Brian goes deep but not as deep as Dale wants so the boss bends over and offers up his sloppy hole for Brian to destroy with his fists. Brian goes deep with one gloved hand as he jacks his own fat cock with the other. He stretches Dale to the limit with his closed fist, pounding in and out as he alternates fists. Dale loves the stretching and begs for Brian to go even deeper and harder. Brian continues the relentless treatment in and out of Dale’s busted hole until Dale drops his load all over his own body. It’s exactly what the boss ordered and a great lesson for Brian to become a better employee.