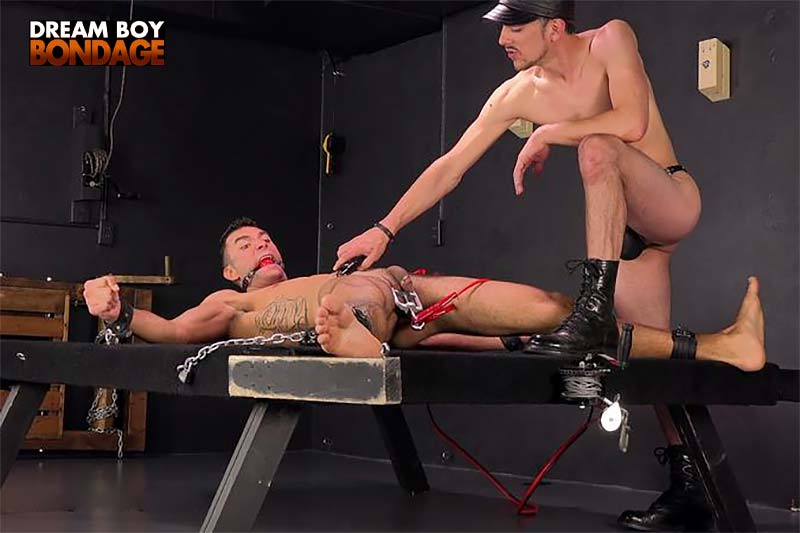 Description:
Brian Adams can’t believe what is happening to him: Anthony Martin has attached an electrode from a battery-charger to the steel clamp crushing his scrotum, just above his balls, and hovers the other electrode over his body, dropping it, every minute or so, on his chest, stomach and balls, sending current surging into his body. The charger is set to test-mode, so the level of current is not life-threatening but very painful. Anthony shocks the broken man dozens of time, each flow of current a little longer than the last. Brian passes out after a particularly long shock and lies limp. Hours later Brian regains consciousness, twitching and flexing on the torture table. You can see the terror in his eyes when Anthony approaches with his favorite toy: the single-tail whip, which will now be used on the front of his prone torso. Brian moans through his ball gag with each cutting lash.