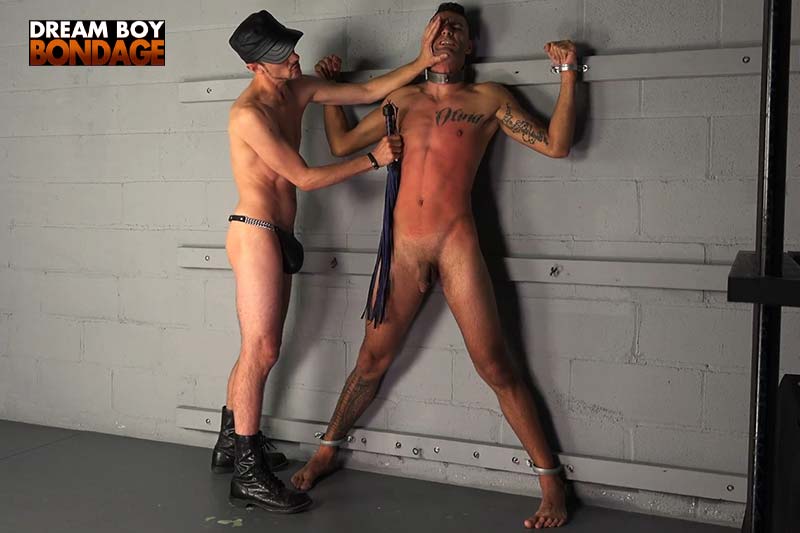 Description:
Anthony Martin continues to beat his straight stud with a nasty crop and flogger. The pain is extraordinary, enough to begin to break the young stallion. Anthony steps backs to admire his prize. Brian Adams, naked, his back aching, his skin feeling like it’s on fire, attempts to stare him down, but a flicker of fear can be seen in his eyes. The last thing Brian remembers is the snicker on his torturer’s face as his mind begins to go blank. Sometime later he finds himself bolted facedown to a low table, totally naked, his legs spread, making his ass particularly vulnerable. Anthony enters and immediately starts biting and licking Brian’s glutes and fingering his asshole. “Get your fucking tongue off my ass!” Brian yells, now fully conscious but aware he is totally helpless. Anthony just laughs. Fucking this stud while he still has some fight left in him will be a real treat.