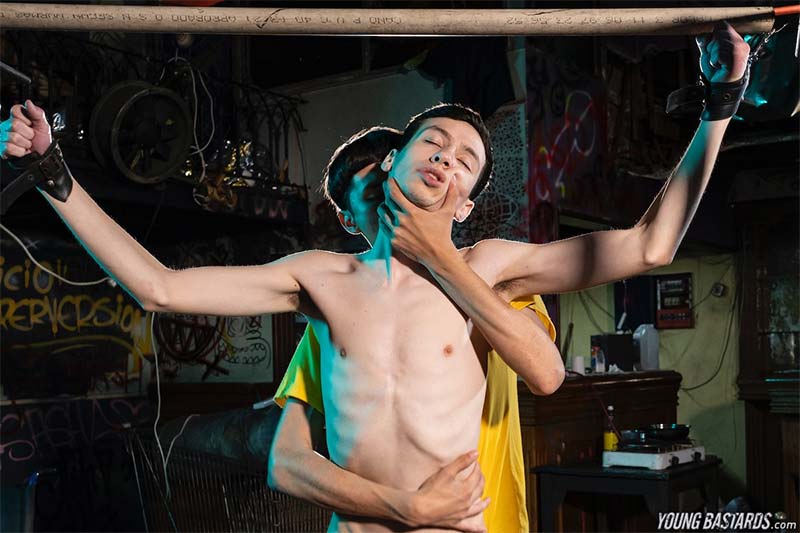 Description:
Dimitri and Cesar seem a little confused by the kinky contraption they discover in the dungeon, but it’s soon apparent that Dimitri had a plan all along. Once he’s got his friend bound up his ass is out for spanking, something his friend apparently enjoys. It’s a good thing his buddy is such a kinky fucker, it makes owning his ass with a paddle and sliding his raw young cock in there much easier. Cesar was easily persuaded by that dick up his hole, he doesn’t need to be told to suck it when he gets a moment of reprieve, before getting his pucker creamed and seeded like the common slutty bottom he so clearly is.