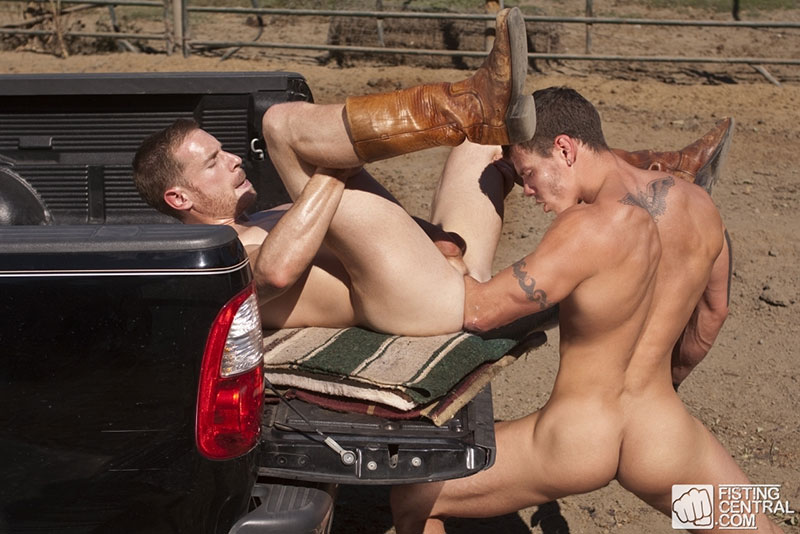 Description:
Sex outdoors, in the back of a pickup truck has never been more exciting! Jesse Santana clad only in his sleeveless flannel shirt, boots and black latex gloves, works Billy Berlin’s perfectly pale round ass with his hands. Billy’s propped up on the tailgate on all fours and gladly takes Jesse’s fingers, then his hand and finally his entire fist.Jesse’s got a new favorite pastime — fisting hot ass. It’s got him fully hard, and his dick is twitching with each turn and stroke of his arm into Billy’s accepting hole. Watch as Jesse then flips Billy over — legs in the air – and puts his arm up to the elbow in Billy’s perfect asshole.Then be amazed as Jesse fists Billy and sucks his cocksimultaneously. And if that wasn’t enough you’ll be floored when Jesse fists Billy and fucks him at the same time, until Billy jerks out a load with Jesse’s arm inside him and Jesse sprays a load as well.