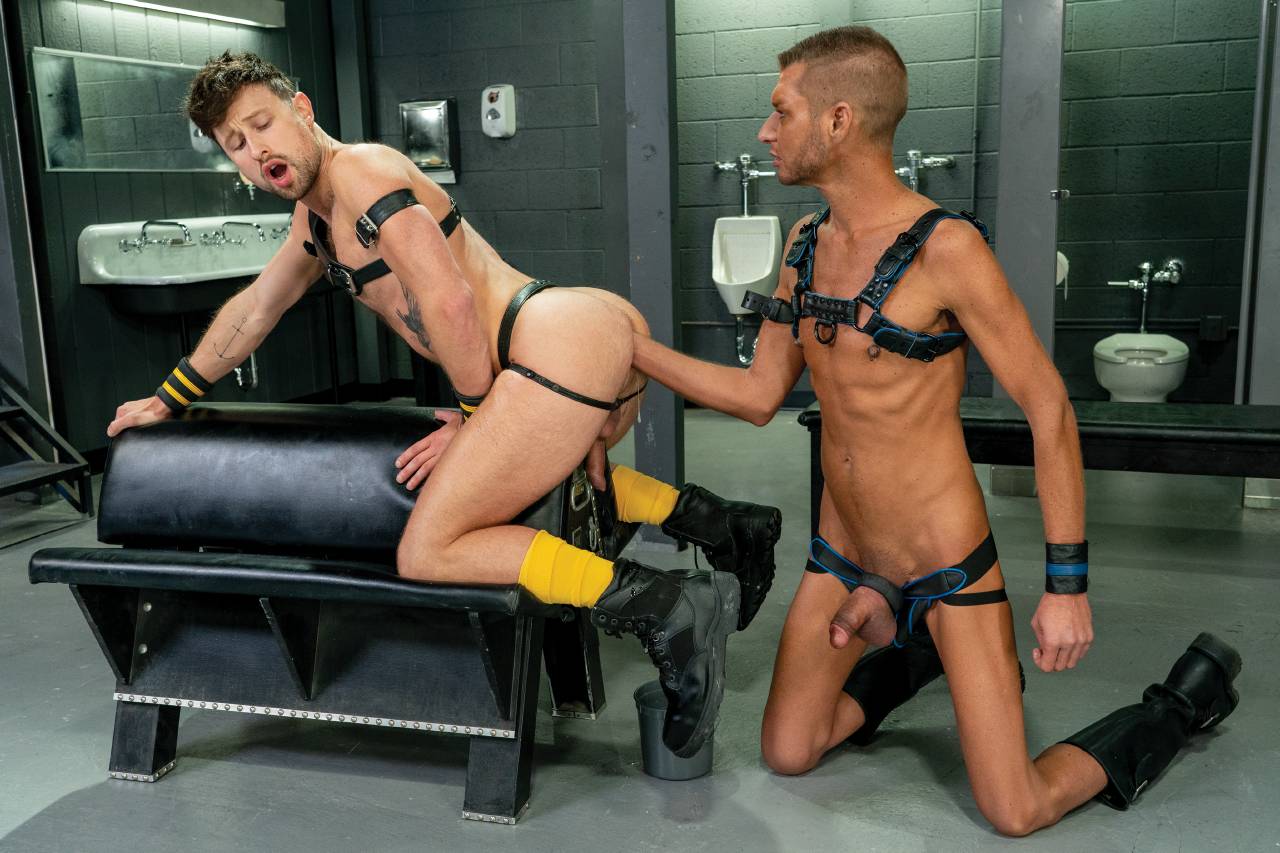 Description:
When Wrex Wylde meets Drew Dixon at the sink of the reststop restroom and they both have their cocks out, Wrex goes for it and starts sucking on Drew’s uncut cock. After gagging on Drew’s pole, Wrex spins the stud around to eat him out before bending him over and punching Drew’s ass with his fists. With each fist going deeper and deeper into Drew’s ass, Wrex keeps turning up the intensity. Switching positions, Drew gets on his back letting Wrex destroy his ass so hard Drew’s rosebud pops out. Wrex keeps drilling up into Drew’s ass until Drew shoots a thick load all over Wrex’s arm. Whatever’s left dripping from Drew’s cock, Wrex makes sure to lap up.