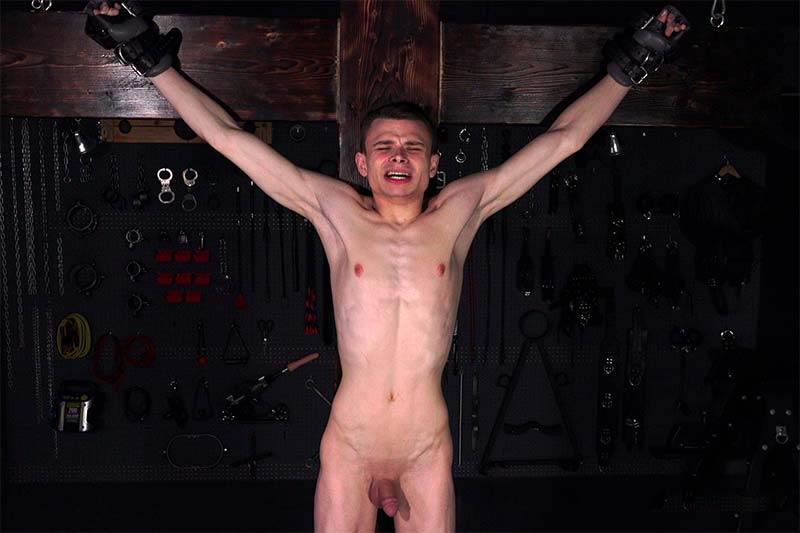 Description:
Austin Young is crucified, his tiny body hanging from a massive cross. Even though he is clearly suffering, Austin’s small stature is actually a plus. Bigger, more muscular men may be stronger, but the strain on their bodies caused by their added weight far outstrips the benefits of strength. Austin is strong enough to lift and hold his small frame so his lungs can function, but his arms eventually give out, stretching his chest and abdomen so severely he can barely breathe. Soon, his lithe, young body is glistening with sweat, his gut sucked in hard, his ribs and abs bulging through his skin. He is like a beautiful, little butterfly pinned to a board. It is hard to fathom the cruelty of this anonymous man, forcing such a young boy to suffer so intensely just so he can enjoy the view.