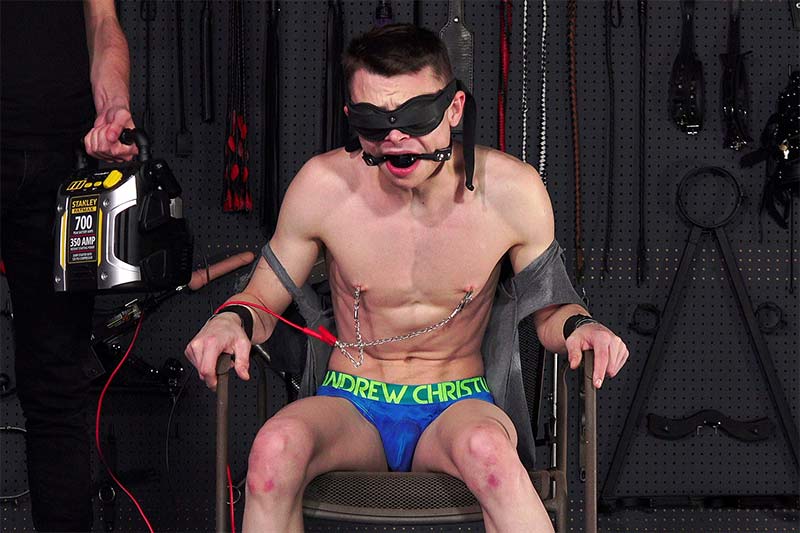 Description:
Austin Young, a gay porn star known for his roles as a boy who loves being dominated by older men, is used to obsessive fans. They come up to him in public. They bombard his social media with kinky requests. They offer him money for sex. Austin took it in stride; he never thought a fan would actually abduct and hurt him, but that is exactly what is happening now. Grabbed off the street, thrown in the trunk of a car, and stripped to his T-shirt and briefs, Austin is blindfolded and bound to a steel chair with duct tape and chains. “Who’s there?” he asks. “Your biggest fan,” a deep, gravelly voice replies, seemingly over a speaker. Austin jumps in shock. His shirt and undies are soaked with water. He is about to be shocked with a car battery.