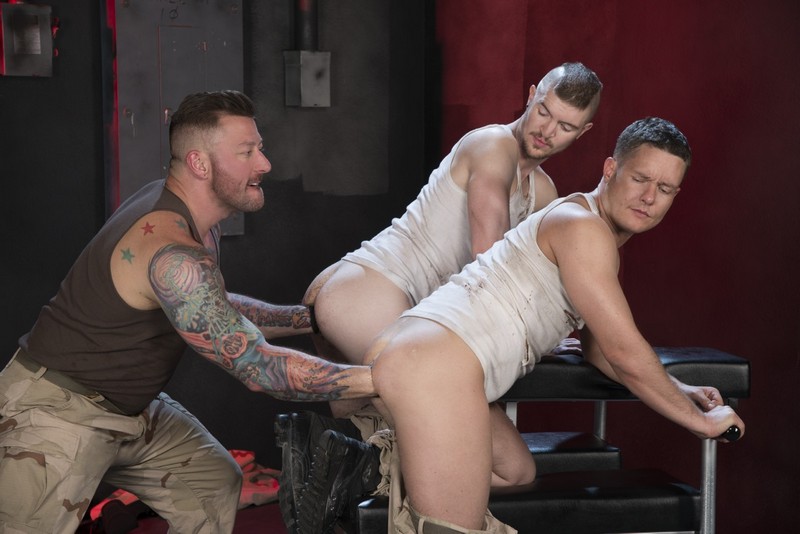 Hugh Hunter is in a sour mood after catching Ashley Ryder and Matt Wylde messing around on base. Hugh hauls them into a room, orders them to bend over, and then has them remove their camouflage. He wants to teach these pigs a lesson so he lubes up both hands and sticks a fist in each of their asses. ‘I can feel both of your heartbeats,’ Hugh snarls as his hands slip even further into each of the studs. Ashley has a hungrier hole than Matt and it gobbles up Hugh’s arm all the way to the elbow. Matt’s elasticity isn’t too shabby either and he takes Hugh wrist deep in his open ass. Ashley and Matt wrap their arms around each other and kiss as they get their holes destroyed from behind. They’re both horned up from all the fisting and they’re ready for Hugh’s big thick cock. Hugh pulls his hands out of their asses comes around to tease their hungry mouths. Hugh isn’t one to make anything easy so he jacks his throbbing rod off on the leather bench and makes the pigs lick up his load. Matt and Ashley slurp up the mess and swap cum as they kiss and spit the creamy reward into each other’s mouths.