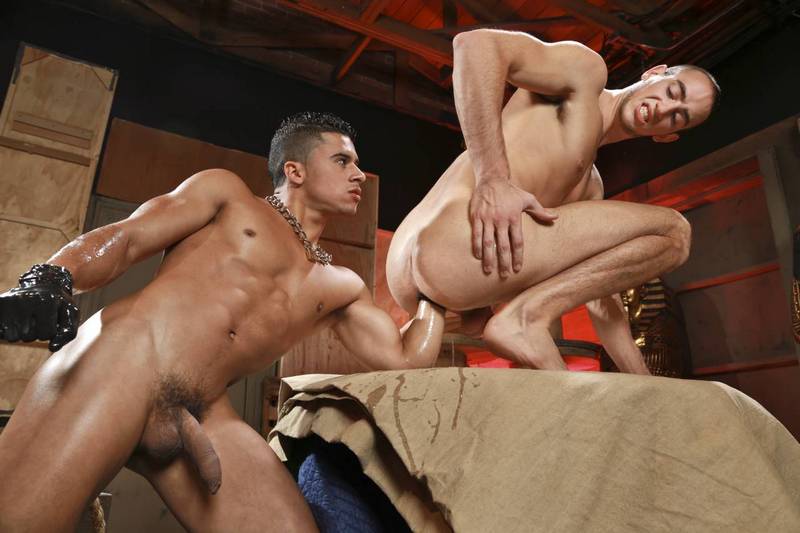 Armond Rizzo is a hot kinky little fucker. At 5-foot-2, he’s 120 pounds of rock-hard muscle. He’s got dark olive skin and black hair, a thick bush and he’s smooth and uncut. His arm is inserted halfway to the elbow in the ass of Byron Saint, who’s urging him, ‘Yeah, get up in there!’ At 6-foot-5, Byron towers over Armond, but when Brian’s on his back, all you notice is the long, hairy legs. Bottom Byron orders Armond around to maximize his pleasure. He curls forward and presses Armond’s arm further into himself. Armond lubes his entire arm, achieving penetration almost to the elbow. Byron’s abs ripple and clench. He orders Armond to ‘punch that hole’ and Armond commences a left-right invasion to the elbow that makes Byron’s eyes roll back in their sockets until you can only see the whites. Byron gets onto his feet and lowers himself onto Armond’s upright fist, riding it in rapid deep penetration that brings Armond to a gushing climax.