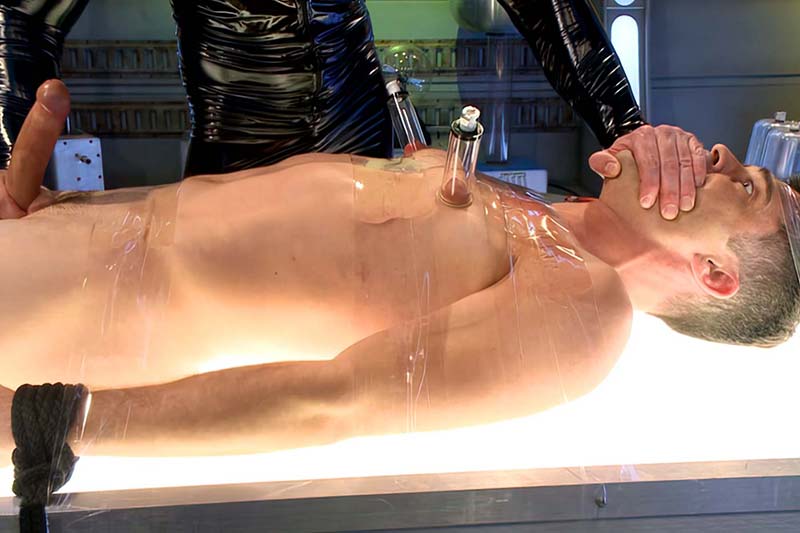 Description:
Lance Hart wakes up from a strange dream of bright lights. Instead of finding himself safe in bed however, Lance realizes that he’s chained to the wall of strange spaceship. None of the bizarre devices before him seem human. A tall alien with a muscled body materializes and begins to probe Lance’s body, testing his pain reflexes and pumping an erection. Lance is helpless to resist as the alien’s makes him swallow a gigantic cock. Lance later finds himself bound to a glowing operating table as the experiments on his pain threshold continue with an electric wand applied to his sensitive nipples and dick. The alien moves Lance to his knees and synthesizes two intimidating cocks from far flung galaxies. The giant cocks rip open Lance’s ass before receiving a vicious flogging. To complete the experiment, the alien suspends Lance above the lab’s floor and delivers a rough fucking before spraying Lance’s face with intergalactic jizz. The alien then collects a semen sample from Lance before giving one last torment to his raw dick.