Skip to content
2 Big Raw Cocks For His Hole 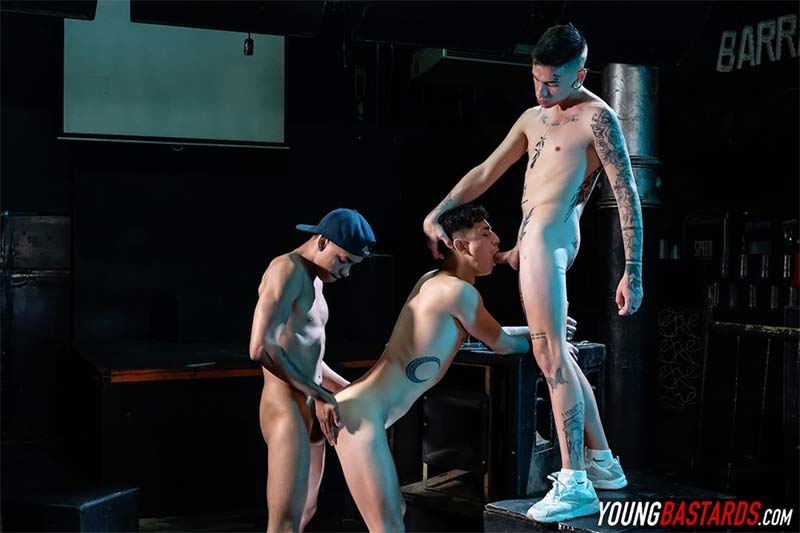 2 Big Raw Cocks For His Hole

Description:
With some tape to tightly bind his wrists the boy is quickly on his knees with their big wet cocks in his face, competing for his warm sucking mouth. The boy obediently licks and slurps their meat, but he knows they’re gonna want more than just his mouth. Bent over and with his tight raw hole there for taking the two team up to feed and fuck him, their two big cocks filling his mouth and pucker while they swap and share him between them like boys share a wank toy. Giorgio is the kind of dom boy who doesn’t mind getting fucked himself so when he’s balls-deep in the boy Edwin takes the opportunity, taking the back of the train and pumping his thick and rigid fuckstick between his friend’s cheeks. After getting double the dick young Jack is soon getting double the cream as the two doms jack off over his face, dousing him with their hot mess and making him spit his own goop over the floor.